My name is Celia Peachey. I am the daughter of Maria Stubbings, who was brutally murdered just before Christmas 2008. 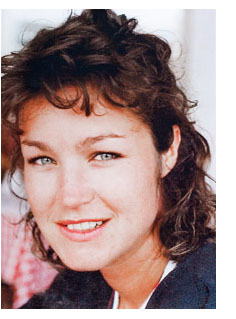 My mum was the kindest, funniest, and most beautiful woman. She was my best friend and a great listener, in fact we often laughed until we cried. Mum loved to play silly games and jokes on me; she was great at drawing and painting too.

Knowing mum was so badly abused, humiliated and callously killed breaks my heart, over and over again.

Nothing can change the past apart from how I perceive it now and how I choose to respond. However nothing is worth a life lost, let alone the life of a beautiful woman and the way she was taken.

The man who ended my mum’s life, Marc Chivers, was a convicted killer. They met in early 2008 and began a relationship. A few months later, he was arrested for seriously assaulting her and spent three months in jail for this.

Strangely, on his release no conditions were placed on him and no steps were taken to provide protection for mum.

“As far as I’m concerned, mum’s murder is almost as much the fault of the police as the murderer himself. They knew mum’s killer had also killed a previous girlfriend.”

Mum’s friends were suspicious of him and even called the police on a few occasions, fearing for her safety, but they were either cut off or put through to an answer phone.

After I’d met Chivers, I made my feelings clear to mum that I thought he was bad news but she didn’t want to know. It was almost as if she had lost interest in me and anything to do with what I had to say. I felt like I had lost my best friend, the one who always had time to listen to me. My heart sank every time I reached out to her, but little did I know she was being controlled and bullied by the most calculating of men.

A week before Christmas, an officer of the Domestic Violence Unit became concerned when she saw that mum had called numerous times about Chivers. Officers then attended her home on the same day but when he answered the door and told them mum was away, they took his word for truth on her doorstep. They took no steps against him, did not search the property, but instead left him with a calling card, asking him to inform mum that they had called.

When officers returned the next day with instructions to arrest Chivers, they found mum’s body hidden in the downstairs bathroom. He had strangled her to death with a dog lead.

“Before I’d ever come into contact with the Human Rights Act, I didn’t think it was relevant to me or my life at all as I had only ever heard vague things about it. But now it has opened my eyes to fact that domestic violence is a human rights issue.”

As far as I’m concerned, mum’s murder is almost as much the fault of the police as the murderer himself. They knew mum’s killer had also killed a previous girlfriend. They assessed her as being at high risk of death or serious harm from Chivers.

Yet when she cried out for help, they found every excuse to do nothing. Ultimately, mum paid the price for these failings with her life.

It was only thanks to human rights protections that we were able to hold the police to account for their failures.

After Chivers was convicted, the coroner initially refused to continue mum’s inquest. It was Article 2 of the Human Rights Act, which protects the right to life, that provided the legal basis for challenging the coroner’s refusal. This meant that the inquest jury had to consider whether any police failings contributed to mum’s death, and the jury returned with the verdict that they had. 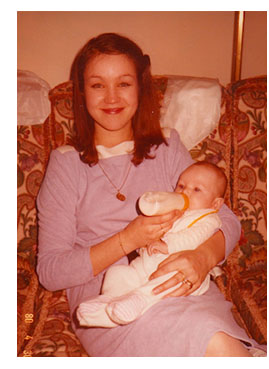 The jury said Essex Police had made a catalogue of errors and had failed in almost every part of its investigation. Without the Human Rights Act, we wouldn’t have been able to demand this inquest. It was crucial in our fight for justice for her death.

Before I’d ever come into contact with the Human Rights Act, I didn’t think it was relevant to me or my life at all as I had only ever heard vague things about it. But now it has opened my eyes to fact that domestic violence is a human rights issue.

Mum had the right to be protected but was denied that basic human right. Discovering this angered and upset me at first, but it has now encouraged me to challenge a broken system.

The sad and terrifying truth is that two women a week in the UK are killed as a result of domestic violence.

After the Independent Police Complaints Commission criticised Essex Police for their handling of mum’s case, the force responded: “[we] did make mistakes and we have already taken steps to ensure this does not happen again.”

But in the years following mum’s death, even more women have died as a result of domestic violence and the police watchdog has again found evidence of serious police failure in two further domestic homicides in Essex.

It’s clear that too many women are being let down by the police and other public authorities who keep getting it wrong on domestic violence.

My family and I are trying to shine a light on the holes in the system and I believe the Human Rights Act can help to prevent other people having to endure the same trauma we went through.