The Human Rights Act gives ordinary people power to challenge the decisions made by politicians and public authorities. It protects our freedom, safety and dignity, and it helps us hold the authorities to account when things go wrong.

Celia Peachey’s mum Maria was murdered by her violent ex-partner, despite repeatedly asking the police for help. Celia used the Human Rights Act to hold the police account for their failings. 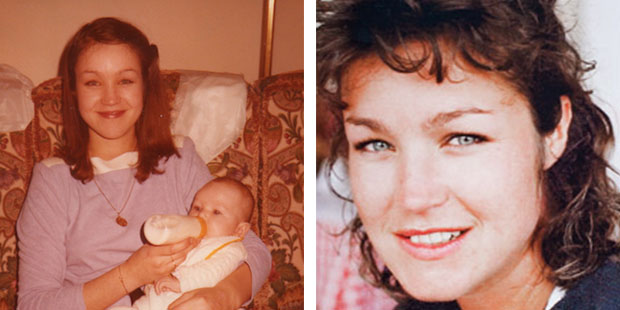 Celia remembers her mum as kind and funny, her best friend and a great listener.

In 2008, Maria began a brief relationship with Marc Chivers. Soon after, he was arrested for seriously assaulting her and sent to jail.

Chivers had killed a previous girlfriend and the police had assessed Maria as being at high risk of death or serious harm. Yet Maria was given a panic alarm that worked while Chivers was in prison but deactivated once he was released.  She was left totally unprotected.

Maria repeatedly called the police asking for help. When officers visited Maria’s home, Chivers answered the door. He told them that she was away, and the police left. The next day, Maria was found strangled to death in her bathroom.

Celia and her family used Maria’s right to life under the Human Rights Act to push for a full investigation into why she was not protected. The resulting inquest revealed that Maria was unlawfully killed, and that police errors had contributed to her death.

“I never thought the Human Rights Act was relevant to me or my life, but what’s happened has opened my eyes – domestic violence is a human rights issue. Mum was denied her right to be protected.” – Celia Peachey

Jan Sutton was trapped in bed for most of the day because the council didn’t fund enough care for her. The Human Rights Act inspired her to fight for a better quality of life.

For years, Jan’s local council only paid for carers to make short 30-minute visits to her home. They would help Jan wash, dress and use the toilet, but the rest of the time she was confined to her bed. It was degrading, but she had no other choice.

When the care provider pulled out at short notice, Jan had to find new carers herself. The other agencies only offered four-hour visits, so Jan had no choice but to pay for them and run up debts.

Almost overnight, Jan’s life changed for the better. With the help of a carer she could go outside and sit in the sunshine, or socialise with friends in her living room.

No longer trapped in her bed, Jan began to feel like a human being again. She realised she had been living with an unacceptable lack of dignity and had a right to a better quality of life.

Inspired by the Human Rights Act, Jan took legal action to secure compensation and better care from the council. Now she has a better quality of life, and has become a campaigner for human rights.

“The Human Rights Act said it was OK for me to want to be treated like human being. I needed that. I needed to see it in black-and-white and to know that it is enshrined in law.”

John Moore-Robinson died after doctors at Mid-Staffordshire Hospital failed to diagnose a ruptured spleen. His parents used the Human Rights Act to uncover the truth about what happened. 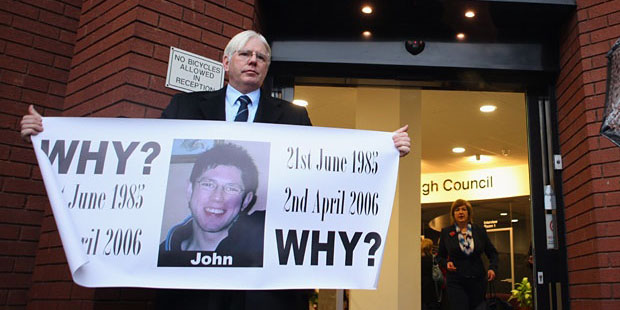 John was the youngest of Frank and Janet Robinson’s three children. They say he loved life and lived it to the full.

On 1 April 2006, John was injured in a cycling accident and taken to Mid-Staffordshire Hospital. Emergency staff diagnosed him with bruised ribs and sent him home. But John was still very ill and needed a wheelchair to leave hospital.

That night, John’s condition worsened and he died in the early hours of 2 April. The post-mortem revealed that John had died of a ruptured spleen – something doctors at Mid-Staffordshire Hospital had failed to diagnose.

An inquest was held into the circumstances of John’s death, but Frank and Janet had serious concerns about how it was conducted. Determined to uncover the truth about what happened, Frank and Janet pushed for a second inquest.

Drawing on new witnesses and evidence, this inquest revealed that John’s death was totally avoidable. He was failed by the trust at every stage of his care.

“The Human Rights Act played a vital role in getting to the truth about what happened to John and must not be abolished. It gives everyone the right to justice.” – Frank and Janet Robinson